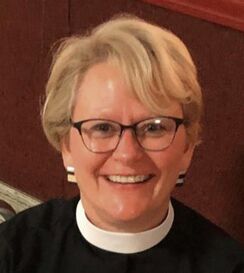 ​Rev. Alice is a seasoned minister with 10 years of leadership experience as a pastor, chaplain and coach/mentor for clergy. She is an evangelism, discipleship, and leadership specialist possessing skills to assess, develop, and implement tools for equipping congregations for missional engagement.

Born in Durham, N.C., and raised in Pensacola, FL, Alice started playing tennis at age 7 and played all the way up through college.  She played a variety of sports while growing up, and later in life jumped at the chance to play football on a professional women’s team!

Baptized and confirmed an Episcopalian, Alice left The Episcopal Church when she was in college and joined the United Methodist Church (UMC). Following a career in advertising sales, Alice was called into full time ministry as vocation after attending her Emmaus Walk in 2001.

Between 2004-2011 she served as the Sr. Pastor for five congregations in the Alabama-West Florida Conference of the UMC.  While in seminary she did her field education at The Rock/La Roca, Kentucky’s first Re-start church, and following graduation from Asbury Theological Seminary in 2008 she was commissioned as a provisional elder in the UMC.  Wherever she served she facilitated regular weekly inductive Bible study classes, implemented creative neighborhood outreach missions, and was always proactive in helping those she served to be faithful disciples of Jesus Christ.

In 2012 Alice came back to The Episcopal Church because she grew weary of moving around so much in the UMC.  Knowing part of her role was to help with evangelism.  She is currently an evangelism catalyst/trainer for the national church.

She received her postgraduate diploma in Anglican Studies in 2018 from Virginia Theological Seminary, where she was voted “most likely to actually start a revival in The Episcopal Church.”

Alice is the mother of Andrew, 25, who is a nurse in Charlotte, NC, and Brent, 22, a psychology major at UWF in Pensacola.
She loves listening to music, dancing, playing golf, cheering for the University of Alabama football team, and the sound of laughter.
​